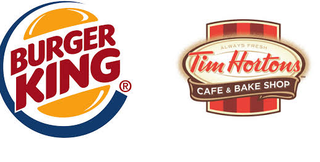 The proposed takeover of Tim Hortons by Burger King (BK) has left large sections of Americans and Canadians aghast. For just as Burger King is quintessentially American so is Tim Hortons a storied and beloved Canadian brand. There is a general sense of dismay among pundits accross both sides of the border for Americans feel that the proposed move of BK's headquarters to Canada for "tax inversion" is an act of betrayal while Tim Hortons attempt to expand in America and global markets with the real estate presence of BK will somehow dilute the charm of Tim Hortons coffee, according to Canadians.

Just as Americans fire up their grills for the Labor day weekend with chilled Budweiser beer, there is talk of boycotting Burger King. And by the way, Budweiser is a Belgian company as mentioned in an earlier post. The larger question is – will consumers care?  Here are some thoughts:

Call it the hegemony of the corporate finance function where changing columns of an excel spreadsheet is the easiest thing to do, compared to getting a franchisee to buy into the vision of a combined entity. And it is at the franchisee that the rubber hits the road. Will the consumer feel the glow of the brands as they deal with the powerful synergy of Tim Hortons and Burger King? Time will tell. Contact StratoServe.